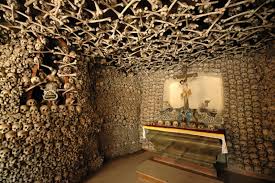 THE FRESH AND THE LIVING

Anything dead opposes anything new and living, that’s why the one who is stuck in the dead and the no longer moving, exploring, learning discovering, etc, may be offended by this straight talk. The living is a moving target and never gets offended when it comes to the study of new things.

An example. Luther, Calvin and Zwingli were breaking out from a stale and dogmatically frozen-in-time religion. They embraced the freedom of the Holy Spirit. They were seeking, exploring and the Holy Teacher the Revelator (HS) taught them one by one. So they wrote and discussed; they kept on bending the metal in every possible way until they had to break away from the old religion. They had the freedom and no one dared to call them false teachers or false prophets… except perhaps some Catholic bishops, cardinals or the pope…

But those great men of God died. They wrote their theses by a candlelight and with a feather pen; so when they died they left a legacy, which then was frozen in time and upon which the Protestant movement rested until… the movement stopped moving. Religion is dead and immovable; it is stuck in something like ‘holy dogmas of the dead predecessors.’ They say that ‘God does not change, why should we?’ But someone in the past changed something and that someone was then alive; had he or she lived 2000 years upon this planet today they mighty even contradict themselves. Imagine M. Luther using the iPhone or reading the Bible on his iPad pushing buttons and getting “fresh meat” – new revelation. He would also say, “Oh what an idiot I was.”

Today I call myself an idiot, because in view of what I know and understand today; I was a complete idiot in the past. Hallelujah! Glory to God.!

A wise man never gets offended for he is indeed wise and open for the new infilling or the revelatory knowledge of God. Each day new revelation comes our way. It is new and fresh and super intelligent that one asks; why did I not think about it before?”

Anyone who lived and then died will make unclean anyone touching his or her corpse. From this we derive the meaning of an unclean spirit.

[Numbers 19] (…) anyone who touches one who has been slain or who has died naturally, or a human bone or a grave, shall be unclean (…)

[Leviticus 19:31] ‘Do not turn to mediums or spiritists; do not seek them out to be defiled by them. I am the LORD your God.

One becomes defiled, unclean but with what, a grave a bone or a corpse? No. One becomes unclean when dealing with spiritism and playing with the dead; a realm we ought to never disturb.

[1Chronicles 10:13-14] So Saul died for his trespass which he committed against the LORD, because of the word of the LORD which he did not keep; and also because he asked counsel of a medium, making inquiry of it, and did not inquire of the LORD.

From this we have the meaning of demons, which are unclean spirits. Anyone possessed with these entities lives an unclean life even if one keeps on repeating some ancestor’s mantra. For this one must die… according to that dead spirit’s “desire.”

1. Touching a human corpse makes one unclean
2. The tent in which someone died become unclean and those that have entered that tent are also unclean for seven days. Then they must OBEY the Lord by purifying the tent and all that is in it as well as themselves.
A. Realization of uncleanness
B. Thorough bath on the third day (with prayer, it’s a good thing)
C. Thorough bath on the seventh day (with prayer of thanksgiving)
3. Anyone who in the open field touches one who has been slain with a sword or who has died naturally, or a human bone or a grave, shall be unclean for seven days.

These things define something unclean and Jesus cast out those unclean spirits. Example: the ‘Legion’ man lived among the graves of Roman Legionaries, he was polluted with the violence that was frozen in time. The man gashed stones against himself and did harm to his body; he played out the past gore in the now. After Jesus permitted those demons to possess the herd of swine; He sent the entire herd into the sea where the unclean ( not kosher) animals had drowned; thus the (the unclean spirits) demons went back to Sheol where they await the final judgment. The man was free and in his own (right) mind.

[Numbers 19:11-16] ‘The one who touches the corpse of any person shall be unclean for seven days. (…) ‘Anyone who touches a corpse, the body of a man who has died, and does not purify himself, defiles the tabernacle of the LORD; and that person shall be cut off from Israel. (…) when a man dies in a tent: everyone who comes into the tent and everyone who is in the tent shall be unclean for seven days.

‘Every open vessel, which has no covering tied down on it, shall be unclean. ‘Also, anyone who in the open field touches one who has been slain with a sword or who has died naturally, or a human bone or a grave, shall be unclean for seven days. (…)

Combine it all together and see what an unclean spirit really is. And if you do so then you will also realize this: whoever is unwilling to learn and absorb the bright light of truth is stuck in the past; hence in something dead and outdated. When one broods in something well-established and something repetitiously blabbered out by everyone else, one remains in the stale and the dead. For if there was nothing new then one is justified, but if there is higher and more intelligent knowledge coming forth then why adhering to the old? Does the honor of your predecessors is so important? Will they turn in their graves? Are you really desecrating the memory of the dead by drinking the new wine which the Almighty is pouring out today?

Behold there is more than Solomon – Jesus said, more than Abraham, but why? Because they died. But the veneration of the dead is greater and heavier than anything else; so burdensome that those stuck in dead religion can’t pick themselves up anymore. They say, “Are you greater than our father Abraham?” The Samaritan woman (in John 4) said “Are you greater than our father Jacob who dug the well?”

Jesus is alive and He speaks to us today. The Holy Spirit is living. Hey! I am living and I am in the NOW. I have dared and I have prevailed. I have overcome the past and the dead and now I stand on the pinnacle of a high mountain, whoever wants to aspire to join me shall know the Father and He shall embrace you. I am shaking up the heavenlies and I take the Kingdom by force for the time has indeed arrived. The time has come to break away from the beaten paths of dead religiousness.