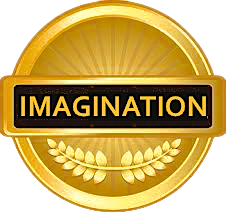 Imagine no people on earth in any epoch of time. None. Then God is not for no one is there to know nor speak about God.

Imagine the flood without Noah. Imagine that the entire world is one big Sodom and Gomorrah; without Abraham or Lot. Imagine now that 2000 years ago God intended to utterly destroy the world.

But then Jesus came.

Now that we are here on this planet we think and reason. So why would someone else hijack your own thinking and incorporate it into a religious format?

You rulers of Sodom;

Give ear to the instruction of our God,

You people of Gomorrah.

“I have had enough of burnt offerings of rams

And the fat of fed cattle;

And I take no pleasure in the blood of bulls, lambs or goats.

Who requires of you this trampling of My courts?

13      “Bring your worthless offerings no longer,

Incense is an abomination to Me.

New moon and Sabbath, the calling of assemblies—

I cannot endure iniquity and the solemn assembly.

14      “I hate your new moon festivals and your appointed feasts,

They have become a burden to Me;

I am weary of bearing them.

I will hide My eyes from you;

Yes, even though you multiply prayers,

I will not listen.

Your hands are covered with blood.

Remove the evil of your deeds from My sight.

Why? The answer is found here:

15“Then I will give you shepherds after My own heart, who will feed you on knowledge and understanding. 16“It shall be in those days when you are multiplied and increased in the land,” declares the LORD, “they will no longer say, ‘The ark of the covenant of the LORD.’ And it will not come to mind, nor will they remember it, nor will they miss it, nor will it be made again (Jeremiah 3:15-16).

Had there not been any ritual religion in the first place; there would be no need to teach the truth about God, His nature and the true intent of His heart. There would be nothing to undo or correct, no stepping on anyone’s toes…

Now God speaks through the prophet Isaiah to you the individual (Is. 1:18).

“Though your sins are as scarlet,

They will be as white as snow;

Try to reason today. Most (in religion) are in a box with no windows and doors. When we change our ways God washes us with the Truth. Not by faith or faith declarations, but understanding that He hates ritual religiousness and observances, which have become our gods.

Examples: [Isaiah 29:13] Then the Lord said, “Because this people draw near with their words and honor Me with their lip service, but they remove their hearts far from Me, and their reverence for Me consists of tradition learned by rote.

[Mark 7:9-13] … 13 thus invalidating the word of God by your tradition, which you have handed down and you do many things such as that.

Try to change man’s traditional understanding of the Bible today. How can they display their honest love for God looking at the huge church buildings and TV ministries that keep on beating on a dead horse?

The Savior of the whole world found treasure in the field (the world) and bought the field in order to get to His treasure—that’s you and me as individuals; sons of God. This is the only reason why Jesus came, obeyed the Father’s commandment of His own accord (having the physical Ben Adam self-identity); He laid down His life for all; for the field, in which He saw you and me.

Time has been lengthened and space given to all just for us. That’s the saving love of God.

Salvation is not a rescue from hell and then going to heaven after you die. The world’s salvation is existence and life as opposed to nonexistence.

Maturity and perfection comes through better—no ritualistic, no organized, no formulated, nonbinding, nonreligious and no indoctrinating—knowledge; not through ceremonies, liturgy or confessions. Come let us reason together…

For this process of perfecting (Ephesians 4:11-14) God appointed not just one-fold but five-fold ministries.

… until we all attain to the unity of the faith, and of the knowledge of the Son of God, to a mature (Greek “teleios” perfect) man …

God does not attain to perfection for He is perfect. We attain. For this reason the extra time and space Jesus bought for the entire world on Golgotha.

[14] As a result, we are no longer to be children, tossed here and there by waves and carried about by every wind of doctrine, by the trickery of men, by craftiness in deceitful scheming …

We also attain to freedom, freedom from man’s mind-seducing philosophies, secret intent to intimidate with eternal damnation and hell and enslave through indoctrination. List: seven-headed dragons, fallen evil angels, Lucifer, four horses of the Apocalypse, lakes of fire; self-exultation as the Bride of Christ excluding the Jew from God’s plan of salvation, awaiting rapture while Israel suffers another holocaust, etc. … “But it is written!” You might say.

Don’t you know that the Bible canon containing 66 books has been formulated by an organized religion? You must read the Word being guided by the Holy Spirit (John 16:13); learning not the letter of a dogma but with the Holy Spirit’s intelligence.

NO PEOPLE? NO GOD

In His time-transcending omniscience God saw you then as you are today.

When we are not; God is not. We are here to have God consciousness that’s why He made us as Himself. He keeps promises, but when He annihilates life there are no promises to speak of. This is God. You can hold on to your faith, but God is God. He can withdraw anything He has ever made; even your knowledge of Scripture, any and all interpretations, beliefs and even thinking itself.

Is He the God of theology? Or is He God? I bless You My Father that I am, I live, I move, I think and write, I share and attribute all things to You!

We can only explain things according to the sequential progression of time and anything that already took place in the past. Therefore, Orthodox Jews read the Bible their own way, and Christians their own way.

Let’s assume that Jesus never came. Imagine all that has been said about the Messiah/Christ in the Bible as Isaiah 53, virgin Mary’s immaculate conception, Psalm 22:16. “They pierced my hands and my feet” or Zechariah 12:10; none of this would be understood. But in light of history we do understand, but some do it so subjectively—according to the religious frame they are in—that anything else, for lack of space, no longer fits.

I am showing you the timeless God without religion, without man’s theology and nothing to undo or correct. The bottom line is the knowledge of God as He is in truth. No ethnic religions, like Buddhism, Confucianism, Islam, Christianity or Judaism. This simple and direct way to God the Father—which only Jesus showed and created no new religion—is now available.

More. He said [John 14:11] Believe Me that I am in the Father and the Father is in Me; otherwise believe because of the works themselves.

He drew all attention to the Father. But since He is the Firstborn, sent down to earth with the authority and power of the Father, THE WAY (to the Father) said,

[Mark 3:35] For whoever does the will of God, he is My brother and sister and mother.

He did the WILL OF GOD. His words and works of power were meant to draw people’s faith in God, although THROUGH Him for Jesus was unprecedented. Jesus was so new and fresh that He had to shock the religious folk in order to get them away from the Pharisees who for this very reason had conspired to kill Him.

As already stated, God promised and keeps His promises, but He can break them all, for He is the Almighty God and He does whatever He wants. Do you know this God outside of man’s theology?

So what really matters? Is it believing, wishing or Scripture interpretation, hoping, theology, etc.? What does it have to do with Him being the Absolute Sovereign over all He made God?

Although I have physically seen angels and raised people from the dead, and healed many incurably sick, because Jesus told me to; I would never tell you that you must believe in me and that I am the God-sent prophet. That would be like starting a new sect or a religious camp. So, you must inspect these fruits.

It takes so long to change things this free, straight and honest way. It is much faster to declare yourself someone that just dropped down from heaven (billions of light-years away) and build another church. But those who join would do that blindly and what would follow would be indoctrination. Then we would centralize and make yet another denomination. Then we would say, the church is growing.” The Catholic Church was growing; and so was Luther’s; like mushrooms after the rain. Then came the Anabaptists, Baptists, Foursquare, Pentecostals and all are growing.

Watch Jesus. He never drew attention to Himself, but to the Father God. He would never do that for this kind of behavior would only draw but a blind faith toward Him, away from the Almighty God.

Jesus depended on the Father for self in God’s Kingdom does not work. Why? Because it is God’s spiritual kingdom where flesh and blood does not have to navigate or travel. Self-identity is for the flesh, which can be transmuted. Enoch walked with God so long until he lost the self. That’s the ultimate goal for us all. In this you will find great freedom.

Jesus started His ministry by reading Isaiah 61:1-3 He has sent me to bind up the brokenhearted, To proclaim liberty to captives and freedom to prisoners …

And then He stated that these words have been now fulfilled now in their ears. Freedom from what and to do what? –Freedom from the farfetched in the past, traditions, and the future, imagined.

The Last Reformation is tediously slow, because of camps of theology and it will be so for a while, unless you give the dog his bone. So go ahead and start a new denomination, make loads of money, get famous too, but then freedom would turn into something else again and again.

Freeing people by undoing things is not really the desired destination or the goal. The correcting is taken as criticism and then come comparisons, like “Are you greater than our father Jacob who gave us this well? Are you digging another well for yourself? Most likely you do…” It seems hard for people to imagine something else, for they cannot think freely and lovingly or independently.

So, I gave much correction and information already. It is everywhere with links to much more.

My job is changing. I have gone into depths I never knew existed, but this walk—in face of this stagnant religiousness—becomes more secret and even more individual.

You are now educated and have become skillful in grasping the leading of the Holy Spirit, His plan and direction.

We are ushering in the year of gracious harmony.