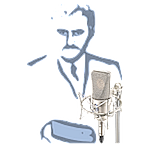 Jesus came up and spoke to them, saying, “All authority has been given to Me in heaven and on earth. Go therefore and make disciples of all the nations, baptizing them in the name of the Father and the Son and the Holy Spirit, teaching them to observe all that I commanded you; and lo, I am with you always, even to the end of the age" (Matthew 28:18-20).

To this day the gentile dwells in its own house although it has been said that Japheth should dwell in the tent of Shem (Genesis 9:27). The firstborn or the only begotten... however you take it, the Bible is consistent in declaring birth therefore a beginning. A gentile mind can't grasp eternity neither beginning or end; so it must have a controllable god. This god is name is "theology" be it Catholic, Orthodox or Protestant.

Non-Jewish people could easily control flesh and blood, but not the Almighty. The Almighty Himself chose the Hebrew and thereby provoked the gentile to jealousy. [Quote: "Let them boast, like the Jews, that God has sanctified them through his law and chosen them above all other men as a peculiar people!" ("On the Jews and Their Lies" 1543 by Martin Luther.]

Quite often we run into conceited statements made by people who do not even realize that the very Bible they read and preach from - against the Jew - was written by no one else but the Jew. Self criticism (in the Old Testament) only validates the verity of scriptures. Unlike the Koran, which was written by only one man the Bible was written by many, with cons and pros, rights and wrongs; and not in a self-suiting way. When the first apostle started to preach to the Gentiles that self-critical attitudes were also displayed because the Jew calls another Jew to repentance. [Acts 2:37-38] Now when they heard this, they were pierced to the heart, and said to Peter and the rest of the apostles, “Brethren, what shall we do?” Peter said to them, “Repent, and each of you be baptized in the name of Jesus Christ for the forgiveness of your sins; and you will receive the gift of the Holy Spirit.

A pagan chooses a god and worships him or her as the pagan likes to, but a Jew was chosen, taught and even owned by God. God revealed the maximum of His nature through His dealings with His chosen by choosing the stiff-necked and even rebellious people only to demonstrate to the world His existence and His nature. On the example of the Jew God showed the maximum of His true nature.

God has no start nor end. He is not a human being. He is Spirit. Jesus said, "You worship what you do not know; we worship what we know, for salvation is from the Jews (John 4:22). Hence, even Luther did not really know what or who he was worshipping since he was a vehement hater of the Jews and from his material Hitler drew his evil inspiration.