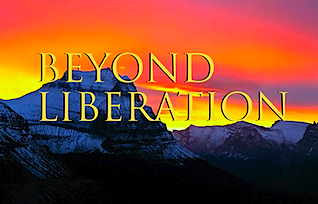 There is a war between bondage and freedom, which liberation initiates. One must be liberated from any bondage first before the glorious spirit of freedom is allowed to carry one into the spiritual orbit of our Creator and Father.

Man always binds because man is limited and insecure. His entire life is made of gathering and securing something that has been threatened for millennia now. No matter how much money one has amassed and how many insurances policies one holds the binding insecurity eventually leads to death.

Man has a philosophy by which he is guided, a philosophy that seems to settle things, but deep inside the human psyche another message reverberates the original intent. Man was never meant to die. Regardless what your currently maintained philosophy might be that philosophy is not true and indeed it binds you even more.